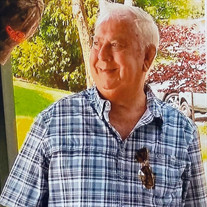 Charles Edward “Sonny” Ketterman, 73, of Toms Brook, formerly of Baker, WV., passed away Thursday, April 1, 2021 at Winchester Medical Center. A private service will be held at a later date. Mr. Ketterman was born June 8, 1947 in Winchester. He was raised by his grandparents, the late Lorenzo and Dora Ketterman. He was an army veteran of the Vietnam War and was a self-employed electrician operating Sonny’s Electrical for over 35 years. He was a former member of the Toms Brook Fire Department. He is survived by his wife, Brenda Wilkins Ketterman whom he married on November 14, 1969; two sons, Tracy L. Ketterman and wife Tonya of Edinburg and Tim M. Ketterman and wife Kimberly of Williamsburg; three grandchildren, Haleigh Myrtle, Olivia Ketterman and Teagan Ketterman and numerous aunts, uncles, and cousins. In lieu of flowers, contributions may be made to the Toms Brook Fire Department, P.O. Box 168, Toms Brook, VA 22660 or Woodstock Rescue Squad, P.O. 221 Woodstock, VA 22664. Sonny was an avid outdoorsman. He especially enjoyed hunting and trout fishing. He will be greatly missed by his family and friends. Online condolences may be left at www.valleyfs.ocom Arrangements by Heishman Funeral Home, Valley Funeral Service Branch, Edinburg.

Send flowers to the Ketterman family.