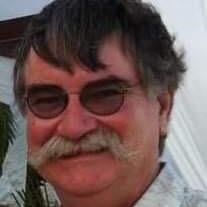 The staff at Heishman Funeral Home Inc. send condolences to the family of Gene Jeffers. Gene Jeffers, 67, passed away on Wednesday, July 28, at his home near Edinburg. Gene was born in Rome, NY, to Alma and Edward Jeffers. He is survived by his wife of 42 years, Patty Poplar; his son Ira Poplar-Jeffers and wife Erica, his daughter Erin Fulmer and husband Jeremy, grandson, Vance Jeffers; and his brothers Daniel and Patrick Jeffers. In addition to his parents, he was predeceased by his brother Pete Jeffers. Gene and his 3 younger brothers grew up in places throughout the U.S. as his father’s career transferred the family. Gene developed a passion for the great outdoors, as he explored with brother Dan to quickly find the nearest fishing hole in each new home. Gene graduated from Severna Park High School in Maryland in 1971, attended two years of Anne Arundel Community College and attended The Harry Lundeberg School of Seamanship in Piney Point, Md. He then joined the United States Merchant Marines in 1980, sailing around the world, and eventually working on tugboats for Sun Oil Co. in Puerto Rico. Always the life learner, Gene changed careers, training in computer networking. He then worked for Unisys Corp and the American Red Cross. In 2005, he joined the team at Shentel as a senior network engineer. Gene continued to work from his hospital bed at UVA as long as he could. Gene found his work at Shentel very rewarding and he loved and appreciated his colleagues. Gene was passionate about many interests and hobbies throughout his life. Always with a curious mind, he was an avid researcher and collector of Civil War and Indian artifacts, record/ vinyl collections and local pottery. He loved rock hounding, hybridizing daylilies, and following Orioles baseball. He was a talented musician, most recently playing guitar with a band called “From the Vault” (a Grateful Dead cover band). Gene loved traveling and exploring new places, reading and spending time with friends and family. A Celebration of Life will be held at his home on August 7th at 11 a.m., 4047 Stoney Creek Rd., Edinburg, VA. For parking access follow address marked 3909 and follow signage. The family suggests memorial contributions be made to Sentara Hospice, 871 MLK Junior Way, Suite 203, Harrisonburg, VA 22801 Or to Rexfoundation.org, a charitable non-profit organization. Online condolences can be left at www.valleyfs.com Arrangements by Heishman Funeral Home Inc., Valley Funeral Service Branch, Edinburg.

The staff at Heishman Funeral Home Inc. send condolences to the family of Gene Jeffers. Gene Jeffers, 67, passed away on Wednesday, July 28, at his home near Edinburg. Gene was born in Rome, NY, to Alma and Edward Jeffers. He is survived... View Obituary & Service Information

The family of Gene Jeffers created this Life Tributes page to make it easy to share your memories.

Send flowers to the Jeffers family.