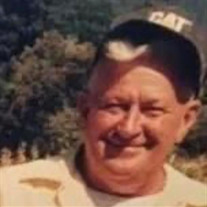 Jack Harrison McClanahan, 89, of Fort Valley passed away Wednesday, September 29, 2021 at his home. Jack was born March 16, 1932, in Fort Valley at a place called “Carmel” that is located past the old oak tree and down the hill and across the creek. He was the son of George H McClanahan and Brucie Rittenour McClanahan. He was preceded in death by his parents and grandson, Colton T Lindamood. He was a member of Dry Run Christian Church. Jack is survived by three daughters, Jacqueline D Burner (Allen) of Staunton, VA, Cathy M Lindamood (Thomas) of Edinburg, VA and Kimberly L Golladay (Windy) of Rockingham, VA. Two sons, Bruce R. McClanahan, of Fort Valley, VA and Kelly J McClanahan (Tracey) of Fort Valley, VA. a Sister, Peggy Young of Fort Valley, VA and brother, Billy W McClanahan (Ellen), of Woodbridge, VA. long-time girlfriend, Linda Baker, Seven Grandchildren, Christoper Waters, Tyler Lindamood, Brent Bridges, Samuel Bridges, Jacob McClanahan, Matthew McClanahan and Sarah “Sally” McClanahan. Eight Great-Grandchildren, Kaylee Waters, Krista Waters Keeler, Alexus Waters, Christopher Waters, Quorra Peterson, Trevor Brill, Cash Bridges and Stella Bridges. Three Great-Great Grandchildren, Weston Shenk, Phoenix Waters and Jaxton Keeler. Several nieces and Nephews and Two Grand dogs, DOG (dee-o-gee) and Sissy. Jack was a graduate of Edinburg High School and a proud veteran serving in the Army during the Korean War in the Hell On Wheels division. After leaving the Army he worked in several garages from Edinburg to Bailey’s Cross Road and Fairfax until opening Jack’s Garage in Fort Valley in the 1960’s. He worked on cars until they became “Too computerized” and changed his career to Excavating, building ponds and driveways for many residents of the Shenandoah County. One of his most loved and biggest jobs was one for himself. He build a man-made lake on his property in which the family refers to as Lake Jack. He visited it daily. Jack will be remembered for his quick wit and his independence. He always had a tin of wintergreen Altoids in his pocket and his half cocked Caterpillar cap hanging on his head. He taught each of his children to do what they loved and don’t worry what others thought. HIS independence in his final days was a new Kubota RTV that he purchased in July. In a recent conversation he told his daughter he had gone to Woodstock. She asked whom had taken him? How did you get there? He answered with pride “My Kubota. I went down to cross roads and across the Woodstock Mountain, did my business and came home “. Yes, that is a 30 mile round trip and Yes, that is INDEPENDENCE! Jack taught us to live life until your ending days and don’t worry what people think. In the end, it is between you and the Lord. Graveside Services will be at the Dry Run Cemetery on Monday, October 4th, 2021 @ 11:00 AM. As per Jack’s request, there will be no gathering after the funeral. The family will be planning a Celebration of Life at a later date. Pallbearers will be Christopher Waters, Tyler Lindamood, Brent Bridges, Samuel Bridges, Jacob McClanahan, Amos Zook, and Elam Zook. In lieu of flowers, please do something good for someone today in Jack’s honor and ask them to pay it forward. Visit your family often and cherish your memories. Online condolences can be left at www.valleyfs.com Arrangements by Heishman Funeral Home Inc., Valley Funeral Service Branch, Edinburg.

The staff at Heishman Funeral Home Inc. send condolences to the family of Jack Harrison McClanahan.

Send flowers to the McClanahan family.