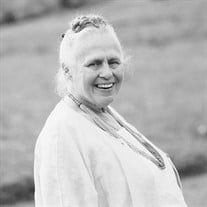 The staff of Heishman Funeral Home/Valley Funeral Service would like to send condolences to the family of Mrs. Marian French. Marian Bashaw French, 89, passed away peacefully in her home in Woodstock, Virginia, on Saturday, December 25, 2021.... View Obituary & Service Information

The family of Marian Bashaw French created this Life Tributes page to make it easy to share your memories.

The staff of Heishman Funeral Home/Valley Funeral Service would...

Send flowers to the French family.