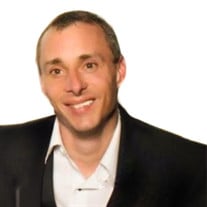 Matthew Bruce Long, 44, of New Market, Virginia, died at the University of Virginia Medical Center, Charlottesville, on January 8, 2022. Matt was born in the same hospital on January 22, 1977, to Larry Francis Long and Carolyn French Long. He grew up in New Market, where he loved living on his family’s turkey farm, driving a four-wheeler, exploring Smith Creek, and hanging out at the hut he and his friends had built on its banks. Matt loved the thrill of a good adventure, and was known to race a car or two. He enjoyed being outdoors, hiking, skiing, and any other activity that took him into the mountains. But far and away his greatest pleasure was the one he inherited from his father: his love of flying. Like his dad, he got his pilot’s license when he was sixteen. Matt graduated from Stonewall Jackson High School and attended Bridgewater College. We forget sometimes how much the world can hurt. In 1997, Matt sustained a catastrophic accident while hiking, which changed every facet of his life. Despite injuries that permanently confined him to a wheelchair, he graduated from college, married, and became a father. He worked for the State Corporation Commission for as long as his health would allow, earning a position as a Senior Investigator. In 2010, due to medical complications, he moved back home to the valley he loved. For all that his poor health took from him, he remained a loving father and son. He will always be remembered, by those who loved him, for his courage in the face of unspeakable suffering. Matt is survived by his son, Francis Long, who was the pride and joy of his life; by his mother; by his siblings: Adam and Lisa Long, Emma and Brooks Garber, and Taylor Long; and by his nephews, Brooks Garber and Pierson Garber. He is also survived by his uncles and aunts: Allan and Nancy Long, Sandra Long and Sadonna Long; Marian (DeeDee) and William Logan, Douglas and Shirley French, Martin and Fabiana French, Christina and Alfred Price, William and Anne French, Shelley and Peter Schechtel, Amy and Stephen Barbour, and Timothy French; as well as by his extended Long and French families. He was preceded in death by his father; by his uncles C.W. (Billy) Long, Jr. and Stephen Long, Sr.; by his grandparents, Frances and Clarence (Jim) Long, and Marian and Douglas French, Sr.; and by his nephew Noah Long. A celebration of Matt’s life will be held at Reformation Lutheran Church in New Market at 2 p.m. on Saturday, January 15th. The Church requires that everyone who enters the sanctuary be masked, and masks will be supplied for all in attendance. The service will also be also be live-streamed at https://youtu.be/-TGqNEsKmT0. Interment will be private. In lieu of flowers, the family requests that contributions be made in Matt’s memory, in support of those living with paralysis, to the Christopher and Dana Reeve Foundation, Quality of Life Grant, 636 Morris Turnpike, Suite 3A, Short Hills, NJ 07078: https://www.christopherreeve.org/ Online condolences can be left at www.valleyfs.com Arrangements by Heishman Funeral Home Inc., Valley Funeral Service Branch, Edinburg.

The staff at Heishman Funeral Home Inc. send condolences to the family of Matthew Bruce Long.

Send flowers to the Long family.