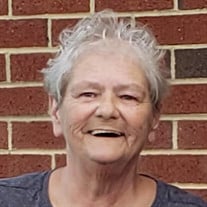 The staff at Heishman Funeral Home sends condolences to the family...