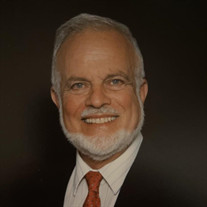 Robert Milton Eisenhard (89) passed away peacefully on January 19, 2021 in Ashburn, Virginia. Born in Ambler, Pennsylvania on May 11, 1931, the son of the late E. Ruth (Weir) and Milton E. Eisenhard, Bob graduated from Ambler High School in 1949. He attended Rensselaer Polytechnic Institute (RPI) in Troy, New York, graduating in 1957 with a B.S. in geology. He also attended Drexel Institute of Technology, Philadelphia, Pennsylvania and the University of North Dakota at Grand Forks. He received his M.S. from The American University, Washington, D.C. in 1966. Bob served in the U.S. Army stateside during the Korean War as a Captain and continued as a member of the National Guard through 1961. While at RPI he met his wife, Evelyn (Evie) while she attended the New York State College for Teachers in Albany, through the InterVarsity Christian Fellowship. They were married in Silver Creek, New York on August 29, 1954. After a short stint in North Dakota working for the U.S. Army Corps of Engineers assessing the oil reserves of the Bakken Shale Formation he relocated to Northern Virginia in 1958. Bob began his Civil Service career with the Department of Commerce Patent Office and later worked for the Bureau of Standards. A career change at age 50 led Bob to teach Earth Science with Fairfax County Public Schools. Although teaching 9th graders was a challenge, he finally was able to work in his beloved field. Bob and Evie were very active in the Arlington Church of the Brethren and St. Stephen’s Methodist Church in Burke, Virginia leading bible study and mission groups, and participating in social events. Bob was also active in the Kings Park Civic Association, whether serving as an officer or leading landscaping efforts at the local elementary school. A life-long learner and a geologist at heart Bob enjoyed spending time with his family through numerous cross-country camping trips. He and Evie were avid travelers participating in a variety of Elderhostel educational adventures, cruises, and several trips to Europe. In his later years he enjoyed a part time farmer’s life in Virginia’s Fort Valley – first purchasing and renovating a turn-of-the-century log farmhouse with acreage and then growing potatoes, blueberries, grapes, and apples. His loving wife commented as he passed that “he was a great husband, a great father, and a great friend.” Bob was predeceased by his sister and brother-in-law, Glynn and Raymond Stover. He is survived by his wife of 66 years, Evie (Erdle), his four children, Garth Eisenhard (Paula Brantner) of Silver Spring, Maryland, Cheryl O’Brien of Ashburn, Virginia, Julie Cummings (Joe) of Panama City Beach, Florida and Jeff Eisenhard (Jennifer) of Reston, Virginia. He was affectionately known as Pop Pop to his three grandchildren, Cory Eisenhard, Erin Eisenhard, and Olivia O’Brien. Due to the current Coronavirus restrictions, a celebration of Bob’s life will be held at a later date. Bob will be laid to rest at Emerson Walters Cemetery in Fort Valley, Virginia. In lieu of flowers, contributions may be made to the National Wildlife Association. Online condolences can be left at www.valleyfs.com Arrangements by Heishman Funeral Home Inc., Valley Funeral Service Branch, Edinburg.

Robert Milton Eisenhard (89) passed away peacefully on January 19, 2021 in Ashburn, Virginia. Born in Ambler, Pennsylvania on May 11, 1931, the son of the late E. Ruth (Weir) and Milton E. Eisenhard, Bob graduated from Ambler High School in... View Obituary & Service Information

The staff at Heishman Funeral Home Inc. sends condolences to the family of Robert Milton Eisenhard.

Send flowers to the Eisenhard family.