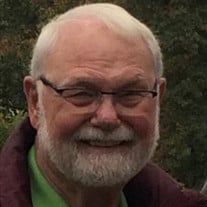 Theodore (Ted) Thomas Bean, 81, of Woodbridge, Virginia, and Bryce Resort, Basye, Virginia, died on December 31, 2020, after a valiant nine-month battle against myelodysplasia, an incurable bone marrow disease. Ted was a Civil Engineer by education, but a systems engineer by profession. He served in the United States Marine Corps from his enlistment in 1958 until his retirement in 1978 as a Major, during which time he completed his undergraduate and master’s degrees and earned a commission. He served in Vietnam in 1968-1969. Upon his retirement from the Marine Corps, he worked briefly at SAI (which became SAIC) before taking a position at The MITRE Corporation in 1979, where he held positions of increasing responsibility developing command and control systems for the Army and technology for the Missile Defense Agency. Upon his retirement from MITRE in 2009, he returned to SAIC supporting the Marine Corps until his final retirement in 2014. Ted’s many volunteer activities ranged from coaching his children’s soccer and baseball teams and their elementary school teams in the STEM program called Odyssey of the Mind, to serving in retirement as a docent at the National Museum of the Marine Corps in Quantico, Virginia and as a member of the board of directors of the Good Shepherd Housing Foundation in Prince William County, an organization that provides permanent housing to intellectually challenged and working poor residents of the county. He was also very active in the ministry activities of St. Matthew’s Lutheran Church in Woodbridge. Ted’s love of baseball, especially the Washington Nationals, is legendary among his friends and if he wasn’t at Nationals Park when the Nats were playing, he was glued to his TV screen. He also loved spending time at the family’s second home at Bryce Resort, and traveling the world as he checked off his “bucket list.” Ted is survived by his wife of 35 years, Kathy Brown, and their children, daughter Morgan Bean of Overland Park, KS, and son Trent Bean, an active-duty Marine stationed at Camp Lejeune, NC; sisters Patricia Dailey (John) and Peggy Bean (Larry White); and multiple generations of nieces and nephews. He was preceded in death by his parents, Theodore Woodrow Bean and Mabel Christine Bean (nee Presson). A Celebration of Life will be held for Ted on Thursday, January 7, 2021, at 2 p.m. at St. Matthew’s Lutheran Church, 12351 All Saints Place, Woodbridge, VA. Due to COVID restrictions, attendance will be restricted; however, the service will be live-streamed on YouTube. Interment will follow on Friday, January 8, 2021, at 1:00 p.m. with a grave-side service at St. Paul’s Lutheran Church, 4109 Jerome Road, Edinburg, VA. The family will receive visitors from 6 p.m. to 8 p.m. on Wednesday, January 6, 2021, at Miller Funeral Home, 3200 Golansky Blvd., Woodbridge, VA. Contributions may be made in Ted’s memory to the Marine Corps Heritage Foundation on behalf of the National Museum of the Marine Corps, 18900 Jefferson Davis Highway, Triangle, VA 22172; and to the Good Shepherd Housing Foundation, 13190 Centerpointe Way, Suite 102, Woodbridge, VA 22193. Online Condolences can be left at www.valleyfs.com Arrangements by Heishman Funeral Home Inc., Valley Funeral Service Branch, Edinburg.

Send flowers to the Bean family.