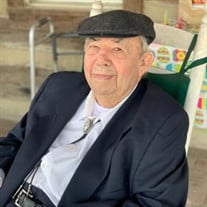 Not sure what to send?

The family of Warren Ballinger French Jr. created this Life Tributes page to make it easy to share your memories.

The staff at Heishman Funeral Home sends condolences to the family...